Another month, another box filled with yummy snacks from Universal Yums for us to try. This month we ventured all the way to the Philippines to indulge in snacks such as ube cookies, barbecue corn nuts, and cheese filled candies. This Southeast Asian country is home to over 7,000 islands and is often referred to as the ‘ring of fire’ due to the many volcanoes found in the country, 355 of them to be exact. When it comes to the Philippines, they have a strong cultural emphasis on food and their cuisine is truly unlike anything else. Filipino cuisine is influenced by Chinese, American, and Spanish traditions and also combines Eastern and Western ideas. So without further ado let’s hop right into what we’re all here for and get to trying these unique treats that await us.

Take note that for this month I’ve decided to change things up a tad bit with these posts mainly for the portion where I share my opinion on each snack. Rather than go on a huge tangent of what I thought of each thing, I’ve decided to keep it short and sweet instead so I’ll be rating each snack on a scale of 1-5 with 1 being the worst and 5 being the best.

When you think of potatoes the first thing that comes to your mind is certainly not dessert but for Filipinos, that is exactly what they’re thinking of. From cakes to custards and ice cream, Filipinos use potatoes for almost every type of dessert under the sun. Their favorite type of potato to use is one called ube, which is a purple colored yam with a mildly sweet taste similar to a vanilla bean with a slight nuttiness to it. These brightly colored cookies that we will be trying this month are filled with a smooth, ube cream topped off with a crispy exterior. 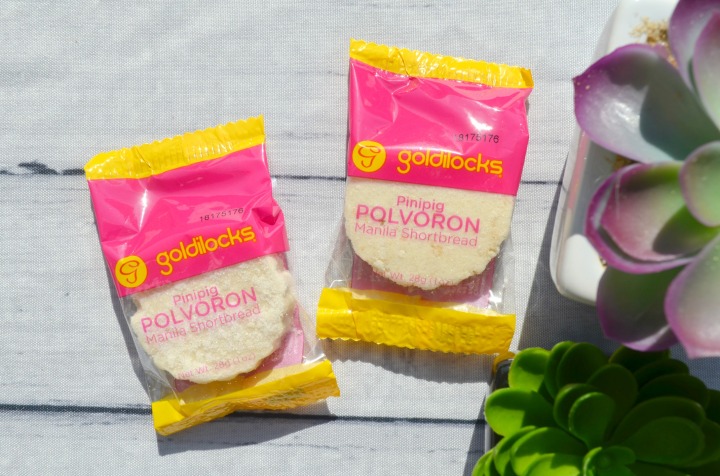 In 1521, the Philippines were colonized by Spain and remained under Spanish rule for over 300 years and so during that time much of Spain’s culture rubbed off on the Filipino people. Last month we visited Spain with Universal Yums and got to try something called a lemon mantecado which is very similar to this cookie that we will be trying today. The original Spanish version of the cookie was soft and crumbly and while this one is similar, Filipinos have added large amounts of powdered milk and local flavors to put their own spin on things. This shortbread cookie, which goes by the name of polvoron, also contains pieces of pinipig, a toasted, sticky rice that was first created in the Philippines. 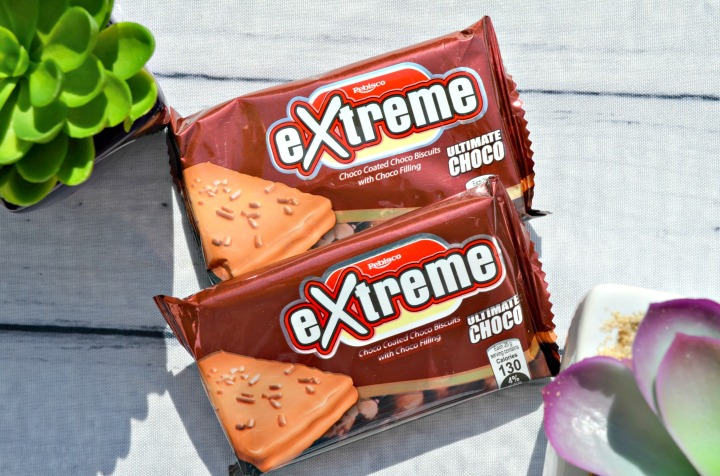 Though these cookies have the word ‘extreme’ in their name, the humble beginnings of the company that created them, is anything but. The Rebisco company began in 1963 in a San Juan bakery where they were only creating and selling plain crackers and cream sandwiches. Over the years however, they got more and more creative with their creations and started making more extreme snacks such as these choco biscuits. Chocolate lovers unite because these cookies will definitely be right up your alley being a chocolate filled cookie that is then coated with chocolate and topped with chocolate sprinkles.

Just by looking at the packaging of these cheese snacks, you would instantly get the impression that they would be pretty spicy but that isn’t the case whatsoever. Often regarded as some of the least spicy cuisine in the world, Filipino food very rarely has any hot and spicy flavors in it. Instead of relying on heat and spice to flavor their food, they instead use sweet, sour, and savory flavors to bring personality to their cuisine. So if you’re not someone who craves heat and spice in their food, these cheeto looking snacks were made just for you with their tangy layer of cheese and mild jalapeno flavoring.

Boy Bawang corn nuts, or cornick, are one of the most popular snacks in the Philippines and are most well known for their extreme garlic flavoring with only top grade garlic being used in the making of this snack. With these corn nuts though, not only will you get to experience the taste of the garlic but that’ll also be paired with a smoky barbecue flavor that adds an extra little kick. Another unique factor with these corn nuts is that you won’t feel like your teeth will break while eating these which tends to happen with other corn nuts. This is because the nuts are soaked in water for several days on end and then lightly fried which gives them a fresh and fluffy crunch. 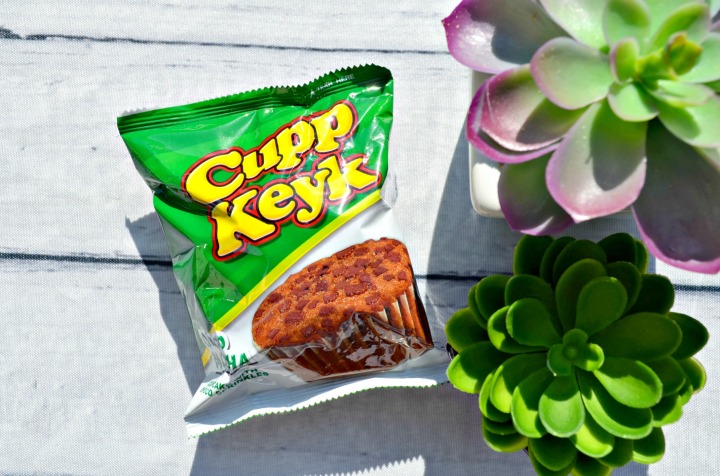 In the 1700’s wheat was introduced to the Philippines for the first time which was a huge deal for them. Wheat has long been difficult to grow in the country due to the hot climate and thus had to be grown in other countries and then imported into the Philippines. Two hundred years after the long awaited arrival of wheat into the country, the Philippines were introduced to cake and not long after the Spanish-American war, packaged cakes became a thing throughout the country. Through all of that history and the introduction of new products, the Philippines’ most famous snack cake, the Cupp Keyk, was born. The cake is loved by many throughout the country and comes in a variety of different flavors including coffee and chocolate, coconut ube, and even cheese flavored. 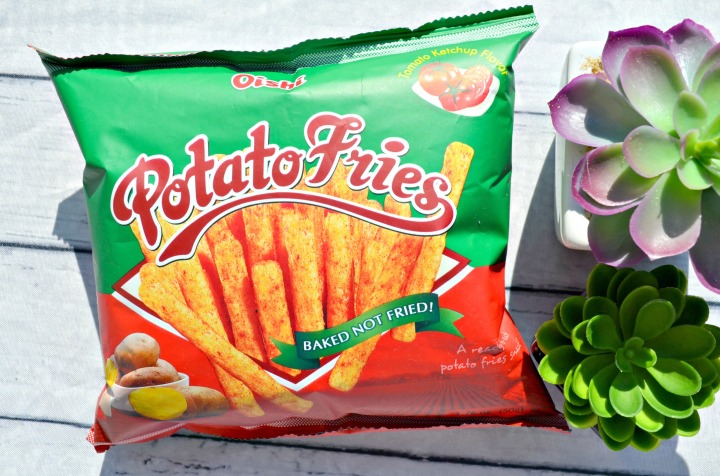 Almost everyone knows that ketchup is made with tomatoes which gives it that red coloring and it’s distinct flavoring but for Filipinos their ketchup is made with bananas instead. This makes the ketchup much sweeter tasting than the Western version and it also has to be dyed with food coloring to give it that distinct red color that ketchup is known for having. This traditional condiment was first created during the second World War when tomatoes were scarce and since ketchup had once been popular in the Philippines, locals got creative and turned to bananas to create one of their favorite toppings. Bananas were mushed together with spices, sugar, and vinegar being added to mimic the taste of regular tomato ketchup and 70 years later, the banana based ketchup is still a huge hit throughout the Philippines and can be found in spaghetti, omelets, meats, and these french fry chips.

As mentioned before, Filipinos really love their ube, and so it was a given that there wouldn’t be just one ube flavored treat to taste test this month. These shortbread cookies are the same as the toasted rice ones mentioned previously, but flavored instead with ube, which also gives them that vibrant violet color. The goldilocks company that is known for the creation of these cookies, was first created back in 1966 by a pair of sisters who built their empire out of a tiny store that only had about 10 employees at the time. Fast forward 10 years, in 1976, the company had continued to create treats that Filipinos loved and adored and so the company expanded to the United States which is where these ube shortbread cookies were made and where the Filipino culture is something that is still instilled into every treat that comes out of the company.

Four leaf clovers have always been known to bring good luck yet can be quite difficult to find but for those living in the Philippines they are fairly simple to locate. In the wet soil along rice paddies and streams a native clover fern known as marsilea crenata grows rampant and almost every one of them have four leaves. These four leaf clovers were the inspiration for these chips that were created by one of the most well known companies in the Philippines, Leslie’s. These unique tapioca corn chips are shaped like clovers and have a soft, yet crispy crunch along with a dusting of chili cheese flavor. 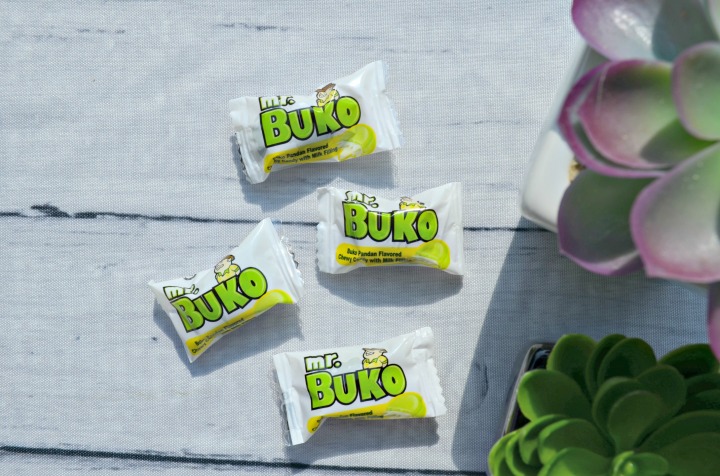 Unless you’ve been to Southeast Asia, you’ve probably never tasted a candy quite like this one. The chewy candy is infused with a local Asian plant known as pandan which is most commonly used for their deep color and fragrance. The nutty and slightly grassy flavor of the plant tends to pair well with rice dishes and creamy desserts and Filipinos tend to mix fresh pandan with coconut or buko to create an even richer, sweet taste which are the flavor of the candies that we’ll be trying this month.

One of the things that the Philippines is most famous for is their unique and downright unusual street foods that include dishes such as deep fried cow intestines, dried chicken blood, and of course balut, a half developed duck egg which is typically eaten whole. With all these odd dishes that are available to purchase, it comes as a surprise to know that the most popular street food sold is actually something so simple, corn. Vendors serve up corn on the cob topped with butter, sugar, and powdered cheese and with these candies you will be getting that authentic flavor of the popular street dish. 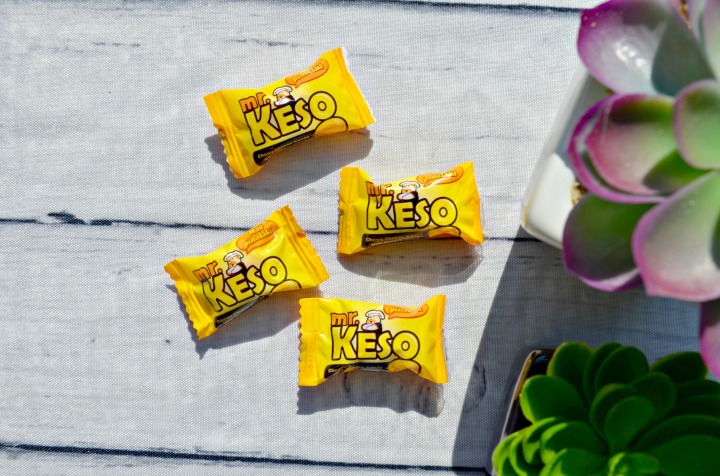 When you think of cheese or candy very rarely will you think of these two things being brought together into one product but that is exactly what these Mr Keso candies have done. Cheese is one of the most popular flavors in the Philippines and is as popular as chocolate or vanilla in the Western world. These unique candies blends cheddar cheese and sweet cream flavors together for a sweet, tangy and somewhat savory taste.

Be sure to come back next month when we will be trying a bunch of goodies from Brazil and while you’re here feel free to check out the other Universal Yums boxes that I’ve reviewed so far on my blog.

As always, for more information or if you’re interested in getting your own Universal Yums box filled with snacks and candies from a different country each month, be sure to visit the Universal Yums website.

4 thoughts on “UNIVERSAL YUMS REVIEW | TRYING SNACKS FROM THE PHILIPPINES”